Things You Should Know

We have reached the point where nearly every company has a Twitter account or maybe even several, and with that they have to deal with the endless deluge of annoying accounts that come with it. From robots and annoying teens to annoying robot teens the list of people to make you want to quit the internet is a mile long. As someone that deals with the engagement for a lot of different Twitter accounts and who has a short fuse for internet annoyance, I consider myself an expert on who is most worthy of your seething ire. So join me as I vent like a social media smokestack and teach you what to do with these annoying accounts.

People that don’t have a profile picture! Setting up a profile picture is social media 101 and yet every day I see at least 50 of these people following clients or me personally. The people without these pictures usually represent one of three things and all of them represent wasted time when it comes to engagement. They are either someone so monumentally BAD at Twitter that the concept and process of setting up a profile picture, to them, is on the same level as Stephen Hawkings “A Brief History of Time,” which you can pick up at your local bookstore. (Steve, I’ll be waiting for my check in the mail.)

You can’t really fault them for being bad at Twitter either we all have our own skill sets, and apparently clicking very obvious buttons isn’t in theirs, but it makes their account look unprofessional and makes ME look unprofessional if I respond, and I can’t have that! Second, they could have a fair amount of followers and not be a robot but clearly they simply don’t care enough to put 100% into their Twitter account, so if I do respond to them chances are I’ll never see them again so they’ve succeeded in wasting 30 seconds of my time tweeting to them, that time cost me at LEAST 10 cents. Last and most heinously they could be a robot which is against Twitter’s rules!

How to deal with Eggheads:

Sadly, the best thing to do is just not waste any real time responding to them, I do recommend keeping an eye on them, though, they could get with the program and actually make their profile worth a damn, probably not but I’m a glass-half-full kinda gal. If you think they are a member of the robot race then report them so Twitter can snuff them out, lest we face a Skynet situation where those accounts become self-aware.

Okay, so you are scrolling through your new Twitter followers and you come across someone that has a decent amount of followers, a good profile picture of him or her in business clothes so you assume you can interact with them really well and spread your twitter tendrils a little further. That is until you take a second look and see that their bio spot is BLANK they have zip, zilch bupkiss!

So how the heck am I supposed to know what to talk to them about, or how I can use them to gain more visibility outside of just 1 more Twitter follower! To be frank, it’s likely because they are just a slightly more clever robot (and like all robot scum should be exterminated) but they could also just be someone that is once again bad at Twitter and doesn’t understand how easy and quick it is to set up a bio. For those of you reading this, I will do 90% of the work for you. Go to this wonderful website and just copy and paste what it produces, chances are you’ll have the same Twitter bio as other people in your field. Or you can be original with it. The bottom line is if you don’t have one get one and take caution in dealing with people that don’t have them.

How to deal with Blank Slates:

I’d recommend actually checking out their profile, see how many followers they have and what they post, if they do things with Twitter relevant to you and your company then engage with them normally, I consider these folks to be a step above the Eggheads but if they are automatons just report them as usual.

You likely see them every single day, or if you are me see them hundreds of times a day. The people offering to sell you a million Twitter followers for 10 dollars or something equally silly. They are spammy, usually have generic teens as their profile pictures. It sounds like an amazing idea boost your visibility to ridiculous levels and it costs you less than a Benjamin? No brainer right? NOPE and here is why, Twitter isn’t just a game of who has the bigger number, it’s about who has the numbers that matter. A million followers that don’t do anything for you is infinitely less useful than 1000 that share most of the things you post and that are actively engaged with you. A real social media presence has to build up over time. It’s like starting a fire with only lighter fluid as opposed to using kindling. One is going to be faster but the other is going to last much longer.

It’s a wide world of social media out there and it’s impossible to avoid all of the people that can annoy you. I think this survival guide will be useful for identifying and dealing with the toxic people on Twitter and help you grow your brand. Just remember to use Twitter’s built-in tools to make Twitter a better place for everyone.

This article originally featured on the Marenated blog.

Follow along on the Marenated blog every week to hear the latest and greatest advice on the entire blogosphere. 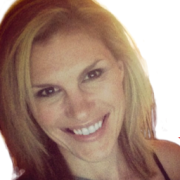